As I had announced several months ago, I am compiling the 598 posts of my spiritual blog “You, Me, and Spirit” into a 2-volume eBook.  Despite the blog being written ten years ago –in essence, another lifetime– the fact that it is focused on Spirit makes such details minor because Spirit is timeless. Keeping my commitment to edit at least one blog post per day, the process is going well and I am on track.

Today’s editing task included a post entitled “Toilet Tuesdays.” Since I had written it a decade ago, I really didn’t remember what it was about, so I just had to laugh at the title and wonder… Once I began reading it, I immediately recollected that time period in my life and could see why I had used such a catchy title.

Almost 2 months ago, I entered into my first barter agreement: cleaning the men and women’s restrooms at a yoga studio once a week in exchange for attending my favorite yoga class. It’s been a fine arrangement, win-win.

This past week was the last as I needed to free up my time. I will miss this task as well as my favorite teacher and the gentle healing/restorative class postures. 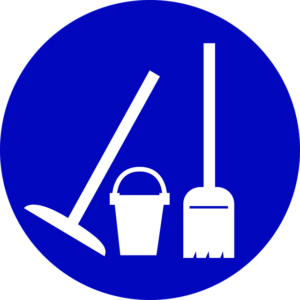 As my cleaning was coming to an end, I realized that I really appreciated doing the work as an exchange. I even told one of the owners that if she’d been paying me an hourly wage, I don’t think I’d have enjoyed the task as much. The reward of attending the yoga class had greater meaning to me than receiving greenbacks, and this made me more focused, strongly motivated, and full of pride too as I went about doing my job. If I’d been given a wage, it would have been far less than my usual hourly rate as a tech writer, and, in all likelihood, my ego would have felt resentful that it had to engage in such activities, and I’d have been less than thrilled with the task. That was not the case, and I was very grateful the owners had been willing to barter.

During Tuesday toilet-cleaning days, I’ve often thought about the servant leader, Gandhi. My experience made me feel a bit connected to this spiritual man. It doesn’t matter that the toilets he cleaned were far less glamorous and technologically advanced or the reasons behind his actions were quite different from mine. It was not beneath Gandhi to clean toilets and, it was not beneath me to do so either.

It’s surprising the places one can find connection, inspiration, and meaning…