The following is a story from an old Daily Guideposts, which goes to show you Spirit and technology ARE compatible and can work together for Good! 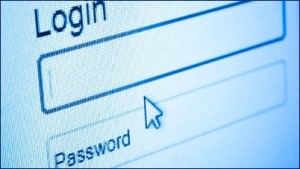 “Dadshealth,” I typed. Dad had had a bad cold lately. Maybe the symptoms indicated something more serious. I’d been worried about him. That’s why I’d made “Dadshealth” my password – a reminder to pray for him.

“You have twelve days to change your password. Do you want to change it now?” my computer asked me.

“No,” I told the computer. Dad wasn’t out of the woods yet. He was doing better though. The doctor had run some tests. We’d find out if it was serious.

Twelve days. That must have meant I’d been praying for him for eighteen days, because my password has to be changed every thirty days. Another prayer today, then I punched the Enter key. Time for work.

Three-thirty in the afternoon. The work had been so involving I hadn’t really thought about Dad. E-mails, phone calls, snail mail, memos, manuscripts – they came at a rate that made me think I’d never catch up. One more call. I answered it.

“Hi!” It was Dad. “Just wanted you to know that the tests all came out fine. The doctor says in another week or two I’ll be well.” Two weeks. That’s almost twelve days.

“Good, Dad. I’ll keep you in my prayers.” I’d keep him in my password too.

Some years ago in Guideposts there was an article that claimed if you prayed for something for thirty days you’d get results. Thirty days. And you know what? In thirty days I’ve always found the urgency that led me to the prayer in the first place has diminished.

An answer in thirty days? Well, yes, there is an answer. Try it. Just for thirty days.